Founded in 1990, SPF:architects (spfa.com) is a Culver City-based multi-disciplinary architecture firm. Renowned for their award-winning team and highly sophisticated technical workshop, the studio’s projects range in size and scope from custom residences to large-scale institutional and commercial projects. SPF:a prides itself on its high level of hands-on principal-to-client involvement and its team is driven by the belief that architecture is a worthwhile and basic human act with the potential to transform our world into a better place. 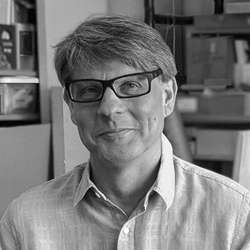 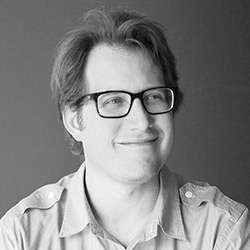 Zoltan E. Pali founded SPF:architects with partner Judit M. Fekete with the mission of creating architecture that thoughtfully marries site, program, budget, nature, and culture. He is celebrated for his work on both historic and modern structures, and recognized for his rigorous pragmatic, holistic design philosophy.

With Pali helming SPF:a, the firm has received numerous awards, including the Los Angeles Conservancy Preservation Award for works completed on the famed 1928 Hollywood Pantages Theatre; an AIA Los Angeles Presidential Award for its role as executive architect on the $300 million renovation and expansion of the Getty Villa Museum in Malibu; and an AIA Los Angeles “Next LA” award, a LA Business Council award for “Best Civic Project,” and a California Preservation Award for the design of the Wallis Annenberg Center for the Performing Arts in Beverly Hills.

Pali has designed several modernist single-family homes throughout Los Angeles, all of which have won awards at both the regional and national level, and been widely published. Pali has been recognized by the New York Architectural League as an Emerging Voice, and in 2005 he was inducted into the American Institute of Architects College of Fellows. He is one of the youngest architects to have received such a recognition. 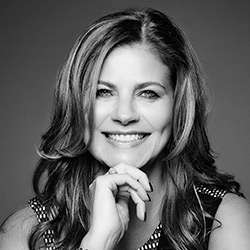 Gulla was recently coined as the new Zaha Hadid by the Huffington Post and has in her career worked on renowned projects in USA, Japan, Mexico, Iceland, Paris, Beirut, Bahamas and China.

Gulla Jónsdóttir creates unexpected and poetic modern architecture and interior spaces. Known for her sensual and dynamic forms that work in harmony with their surroundings, Gulla’s environmental compassion brings unique spatial experiences that repsond to nature and surrounding site, always echoing the integration of organic beauty and function.

Icelandic-born Gulla Jónsdóttir studied mathematics before moving to Los Angeles to study architecture at SCI-Arc (Southern California Institute of Architecture). Before starting her own firm in 2009, she worked for Richard Meier, Walt Disney Imagineering, and Dodd Mitchell Design.

Gulla is the principal of Gulla Jónsdóttir Architecure & Design, a Los Angeles-based design studio with a reputation for holistic work across the fields of architecture, interior design, graphic design, product design, and brand management. She has designed residential, commercial and hospitality projects worldwide, as well as having her own furniture line.

Some of her most notable projecs are: The 2 Michelin Star Le Grand Restaurant by Jean-Francois Piege in Paris, La Peer Hotel in West Hollywood, The Macau Roosevelt Hotel in China, Comal at Chileno Bay, Los Cabos, Mexico and the renovation of the Chinese Theater in Hollywood.

The health, safety and wellbeing of our employees, tenants and guests is our top priority.

Given the recent developments with COVID-19, you may notice some new precautions being taken for the time being. We have decided to take these steps, as our primary concern is the health and safety of our tenants, guests and staff.

CLEANING PROTOCOLS
• At this time, all in-unit housekeeping is being scheduled on need basis. Please contact on-site staff via phone to schedule housekeeping.
• All common areas are being cleaned and disinfected on a daily basis.

AMENITIES & SERVICES
• All common area amenities are open but with limited capacity for the protection of all guests, residents and staff.

HEALTH, SAFETY, HYGIENE
• Prior to arrival, new guests/tenants will be asked a few questions in order to help ensure the safety of our current guests.
• Due to the highly contagious nature of the COVID-19 virus, we are eliminating face to face contact. Please contact on-site management and they will assist you in any way they can.
• All on-site staff must wear masks and gloves.
• Tenants and guests are encouraged to follow the CDC recommendations (found here), including letting management know if you are feeling sick.
• We apologize for any inconvenience; however, we feel that these safety precautions are the right decision for our guests’ wellbeing. We look forward to the current issues with COVID-19 clearing up and resuming business as usual.

If you should have any questions, please feel free to contact us.

Thank you,
The Line Lofts